Home / Blog / How to make an app like Uber?
App Development 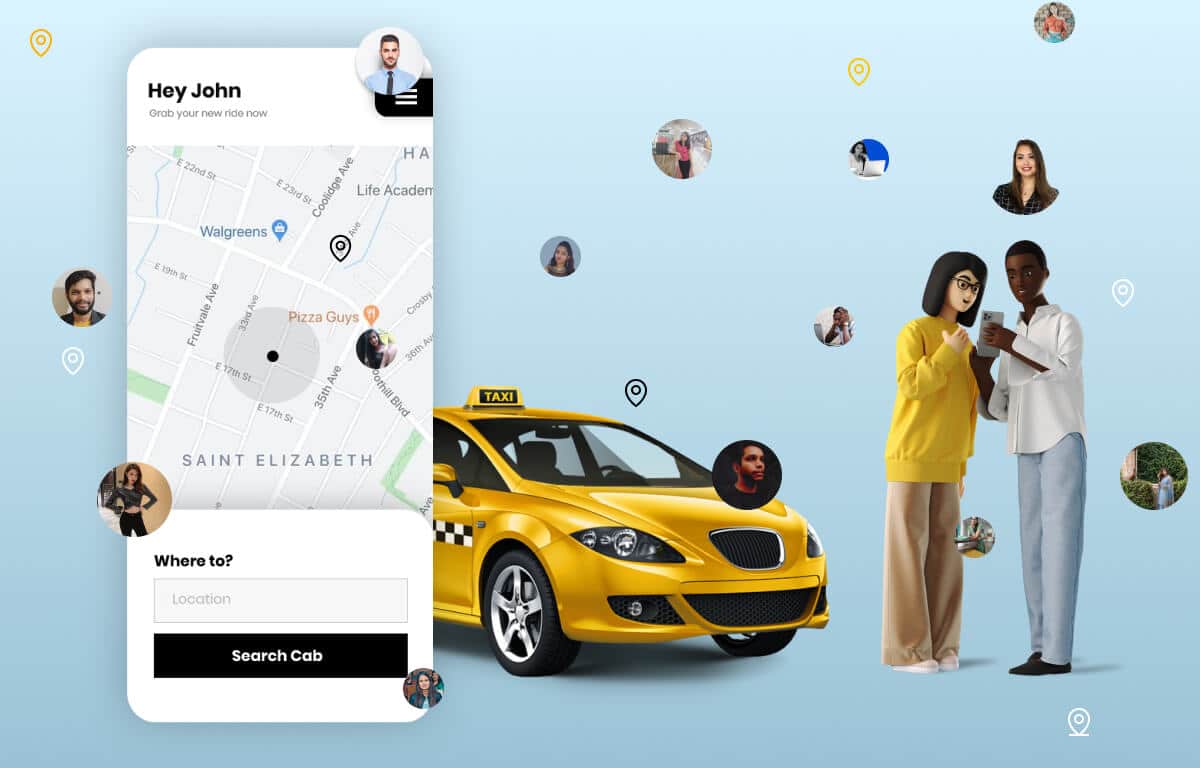 In recent years, the ridesharing sector has seen a significant increase. Uber is the most well-known example of a taxi-hailing service that has grown into a multi-billion-dollar corporation. The company’s global net revenue in 2019 totaled $14.1 billion US dollars. Uber’s success is hardly a well-kept secret. Uber reaches over 80 countries and 900 cities. According to Statista, Uber’s global net revenue in 2019 was USD 14.1 billion. Smaller businesses may use Uber’s concept to create comparable applications and build a devoted client base, whether for ride-sharing or elsewhere.

Do you wish to develop an app similar to Uber or Lyft? We’ve developed a list of features you won’t want to miss, as well as how to develop them, the price structure, and the technology stack.

Uber’s strategy is straightforward. It identified a common problem, devised a solution to solve it, and in doing so, radically transformed how consumers saw cab booking as a service. Uber has grown in popularity throughout the world due to its basic and easy-to-use features.

Previously, one had to phone the taxi hiring/renting firm or physically walk out and hunt for one at the taxi stand to hire a cab. The length of time it took for a cab to arrive, as well as the overcharging by drivers, did not improve matters. Uber made cab booking and ride-sharing much more accessible, more transparent, and less expensive by bringing the entire process online.

The proper operation of the Uber app is primarily dependent on the following core features: geolocation, push notification, SMS, and payment integration technologies.

Let’s take a closer look at each one’s technological stack!

Applications like Uber use the following mapping and navigation technologies:

Uber notifies the rider in a variety of ways after the journey is booked:

Uber uses payment through cards and wallets to eliminate human mistakes. When taking card/wallet payments, there are particular conditions that the firm must meet.

Payment Card Industry Data Security Standards are utilized in the United States to guarantee that payments and data are handled safely.

Uber has collaborated with Braintree for the same. On the other side, Lyft, an Uber rival, employs Stripe’s payment gateway integration services.

Without a development staff, developing a taxi app is impossible. You’ll need an all-around team with a comprehensive plan to create the app successfully.

Here’s a list of persons who should be on your team:

A Step-by-Step Process for Developing an Uber-like App

What Does it cost to build an Uber-like app?

The cost of developing an app is determined by various criteria, including the number of features, geographical location, hourly rates of the mobile app development agency, and so on.

The following are some of the most important aspects that influence taxi app development pricing:

The overall development cost will be affected by the complexity, functionality, and platform specifications you pick. This will have an impact on the estimated timetable.

In India, the cost of establishing an Uber-like app might range between USD 33,000 and USD 70,000. At the same time, a Mobile app development company in  USA would cost you much higher for the same quality of the job.

Let’s have a look at how you may make money with the app, similar to Uber:

The Revenue Model of  Uber

Even though cab/taxi-booking behemoths like Uber have firmly established themselves in the sector and are rapidly expanding globally, new companies still have plenty of potential to develop.

So, how can you develop an Uber-like app that will help your company grow?

The bottom line is to create a profitable and efficient product rather than simply copying the Uber app’s features. Building an on-demand taxi app like Uber is a lengthy process that needs a significant amount of time, effort, and money. As a result, the business owner may choose and create the application structure that best meets their demands and budget. After that, contact an app development company to enhance the app with new features and promote your existing business through carefully planned marketing campaigns.

« Guide to Create Multi-Vendor App like Amazon
User-friendly guide on your on-demand apps for home services »
We use cookies on our website to give you the most relevant experience by remembering your preferences and repeat visits. By clicking “Accept”, you consent to the use of ALL the cookies.
Do not sell my personal information.
Cookie SettingsAccept
Manage consent

This website uses cookies to improve your experience while you navigate through the website. Out of these, the cookies that are categorized as necessary are stored on your browser as they are essential for the working of basic functionalities of the website. We also use third-party cookies that help us analyze and understand how you use this website. These cookies will be stored in your browser only with your consent. You also have the option to opt-out of these cookies. But opting out of some of these cookies may affect your browsing experience.
Necessary Always Enabled
Necessary cookies are absolutely essential for the website to function properly. These cookies ensure basic functionalities and security features of the website, anonymously.
Functional
Functional cookies help to perform certain functionalities like sharing the content of the website on social media platforms, collect feedbacks, and other third-party features.
Performance
Performance cookies are used to understand and analyze the key performance indexes of the website which helps in delivering a better user experience for the visitors.
Analytics
Analytical cookies are used to understand how visitors interact with the website. These cookies help provide information on metrics the number of visitors, bounce rate, traffic source, etc.
Advertisement
Advertisement cookies are used to provide visitors with relevant ads and marketing campaigns. These cookies track visitors across websites and collect information to provide customized ads.
Others
Other uncategorized cookies are those that are being analyzed and have not been classified into a category as yet.
SAVE & ACCEPT