Menu
Contact Us
Home / Blog / What is UI and types of UI Design? Popular trends in UI Design for Web
UI UX Design

What is UI and types of UI Design? Popular trends in UI Design for Web 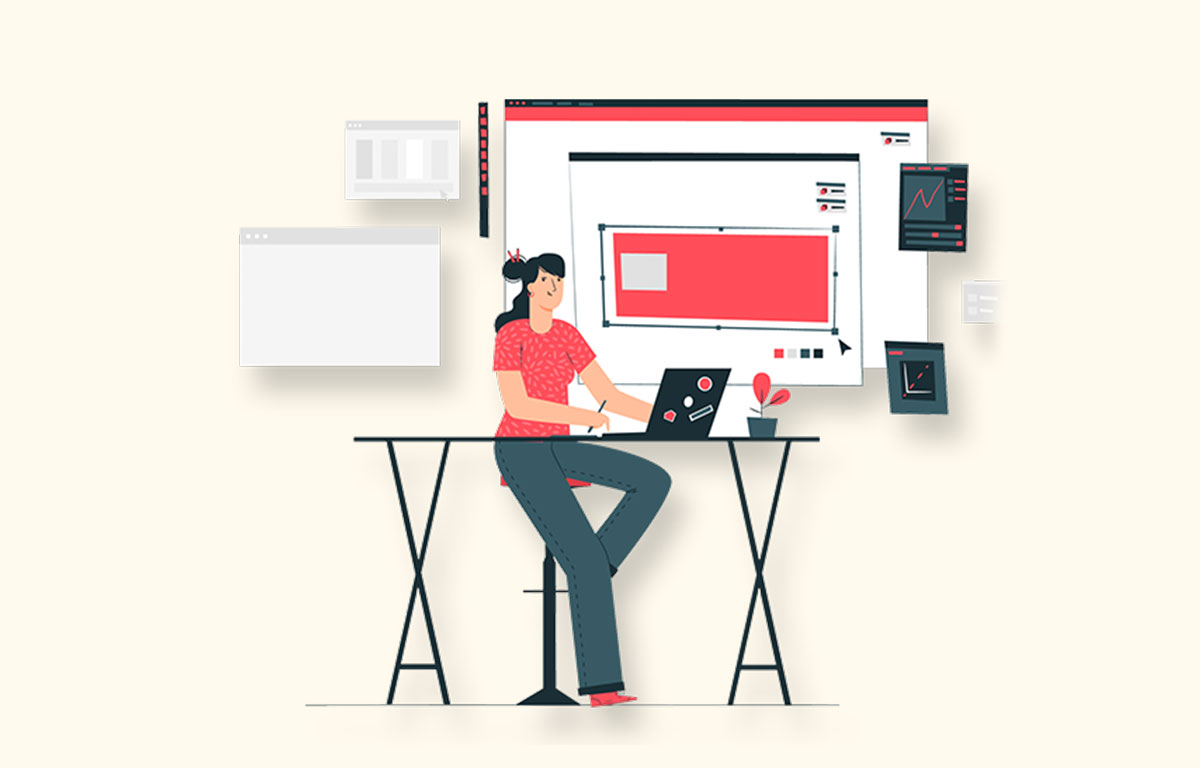 If you ask this question to a well-versed executive in a mobile app development company or a website development company about UI, most probably you would get the following answer: “User interface” is the full form of UI. UI design implies the design of user interfaces and other types like voice-controlled interfaces for applications, software, or websites. It’s about aesthetics of programming, the appearance (graphical layout), with a notion to improve user experience.

In layman’s terms, a user interface is the feature of an application or a device that allows users to interact with it. It includes buttons that users click, reading text, text entry fields, images, sliders, screen layout, transitions, interface animations, and all remaining items the user may interact with. Imagine you are filling a contact form on a company’s website, your user interface, in this scenario, most probably would comprise of a text box, drop-down list, radio buttons, and similar components that allow you to fill in the requisite details into the company’s portal.

An executive at a mobile application development company may summarize it as it can be said that UI comprises elements that are needed to be designed, such as animation, interaction, or any other visual element.

Any knowledgeable employee at an app development company may further tell you that there are several types of UI design; however, the following three tops the charts-

1. Graphical user interface (GUI): A GUI is an arrangement of interactive visual components of the computer software on a digital screen. A GUI displays components that convey information, and allow actions to be taken by the user. The components could switch color, size, or visibility as the user starts interacting with these components on the screen. The essential features of a well-designed GUI should ideally be sketched to support decent findability and learnability.

2. Voice user interfaces (VUI): A voice-user interface lets humans interact with computers using voice. It uses speech recognition to grasp voice commands and questions; moreover, it also uses a typical text to speech method to reply. An ever-increasing demand for voice-enabled assistants across the globe showcases the fact that its usage is quickly gaining traction.

According to a web development company, the following are the latest hot trends in terms of UI design:

2. Audio-user Experiences: This trend is probably going to soar high even more in the near future. It augments web experiences significantly by the addition of musical scores and other sound effects.

3. Breaking typography rules: Originally, it started as a trend in 2020. Now stabled, this trend would perhaps still be trending in the foreseeable future. The essential element to this trend is that even after shattering the typography rules, a user could still comprehend the intended projection of the designer.

4. Color-changing Gradients: It’s been a savage comeback by color-changing gradients after being overshadowed by flat designs for a brief time. By the virtue of adding depth, dimension, and realism, it is trending everywhere with a range of features, such as multi-color bold background gradients and subtle-texture gradients.

5. Dark-theme Design: With an increasing number of people caring for the environment and their eyes, no wonder that the demand for dark-theme design is soaring. This theme augments the readability factor for typography.

Now, that you know the popular trends that you would come to know from a reputable web designing company, mention the one that is your favorite in the comments section.

I hope this blog article will help you understand the concept of What Is UI and Types of UI Design in detail. If you want to know more about how to Hire TOP Digital Marketing Agency in Delhi, then CLICK HERE.

The rights to all trademarks, images and logos belong to its exclusive owners. They are being used on this site for reference purpose only.

Our teams are working remotely to meet your tech requirements promptly